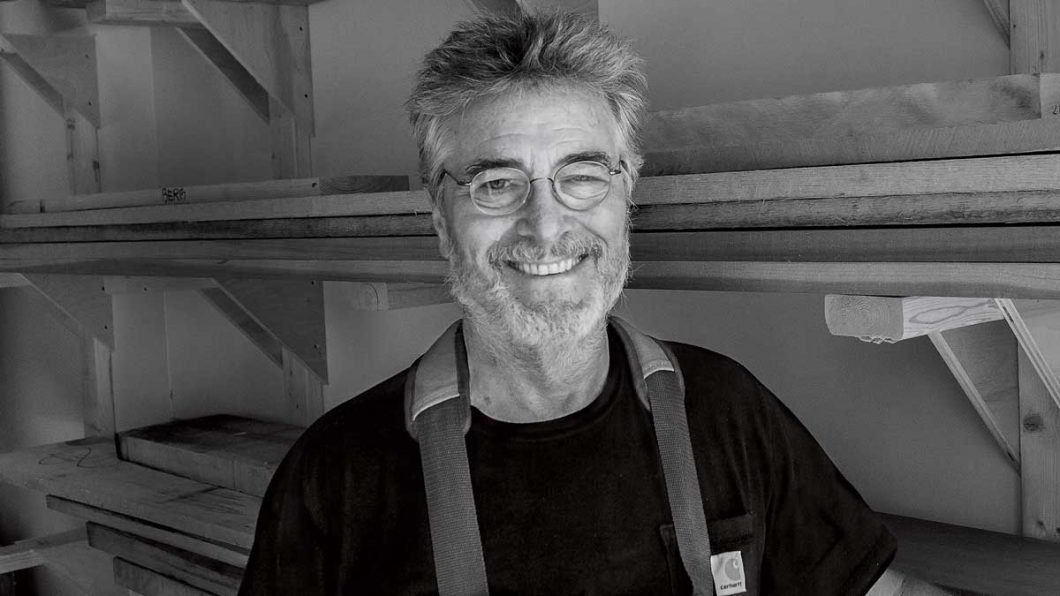 “Making things with my hands is the thread that has run through my life and sustained me.”

You may recognize Tom Bodett (or more accurately, his voice) from the Motel 6 commercials, or his appearances on NPR’s Wait, Wait… Don’t Tell Me!; you may know his name from the many books he’s written, or the cartoons and TV shows he’s been a part of. Today, though, Tom tries to spend as much time as he can working with wood, both at his home in Vermont and at the woodworking school and community workshop he co-founded in 2018, HatchSpace.

“I spent my childhood fetching tools and carrying boards for my dad while he stayed one repair ahead of a crumbling old house in Michigan,” Tom says. “I only realized later that all the stuff I saw him do—­carpentry, plumbing, electrical, roofing—he was figuring out as he went.”

Before his writing and broadcasting career took off, Tom spent a decade as a contractor in Alaska, where he gained a deep appreciation for building in an inhospitable climate, and experienced the joy of using his hands to make a living. As he became more successful in his career, he found time to delve deeper into furniture making and other fine-­woodworking projects.

Tom has found a calling in working to sustain and promote craft and trade skills. Together with HatchSpace co-founder Greg Goodman, Tom curates and coordinates classes, workshops, and mentorship for HatchSpace’s members, working to grow the confidence and resourcefulness of a community of makers.

“Whether it’s young people from the Boys and Girls Club making their own skateboards, women pursuing their desire to work with wood after a lifetime of being denied, or professional and accomplished woodworkers like our staff and volunteers,” Tom says, “we all want the same thing: To make something happen. You can help. I hope you do.”

Tom Bodett is just one of many passionate folks who will be gathered for a Touch A Trade event aimed at introducing young people to tradework, held at the Connecticut Antique Machinery museum in Kent, Conn., on October 22, 2022.