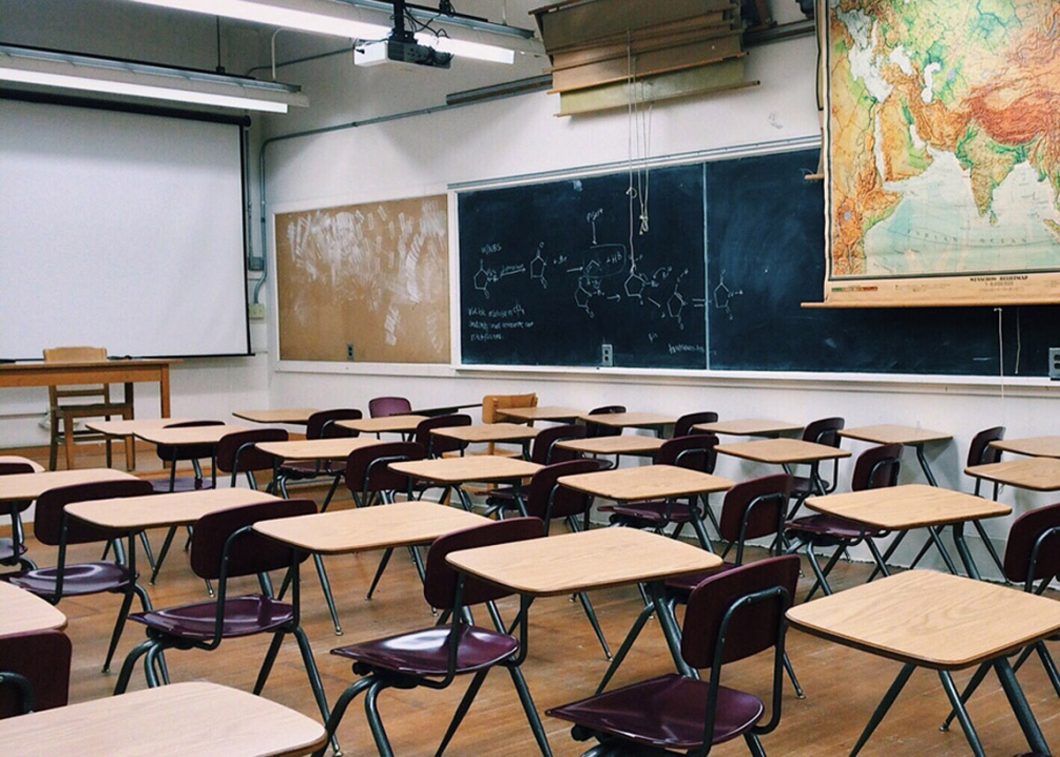 In partnership with SkillsUSA, Fine Homebuilding has raised $70,000 to fund scholarships for students in construction-related fields. Here are the recipients of the 2018-2019 Architecture and Drafting Scholarships: 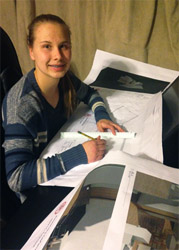 High school junior Alexandra DeGroot is one of the Keep Craft Alive and SkillsUSA scholarship recipients hoping to pursue architectural drafting. Alexandra’s love for architecture sprouted as a young girl when she had the opportunity to draw up a floor plan to redesign her room. “Since then I fell in love with drawing floor plans and designing houses,” she says. Alexandra competed in the Brown County Homebuilders Design Contest, where she won third place for her home design. Alexandra credits SkillsUSA for a “reason to keep architecture alive through my future.” 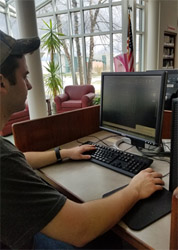 College freshman Christopher Schwaller is a scholarship recipient pursuing drafting and engineering. Growing up he “enjoyed working with my father at antique steam engine shows, tearing the engines apart, trying to figure out how to make them run better.” His father encouraged him to work in his shop, teaching him the art of building something hands-on. When he entered middle school he was drawn to the robotics club, another opportunity to practice hands-on activities and operations. Once he got to high school, his passion skyrocketed as he took his first architectural and mechanical drafting class. Christopher credits SkillsUSA for hands-on experiences in the field. “My involvement in SkillsUSA allowed me to take these basic skills and passions and turn them into employment-worthy assets,” he says. “Leadership training and conferences allowed me the opportunity to focus on skills such as communication and teamwork.” In the future, Christopher hopes to be a part of a design team for buildings, roads, or manufactured parts. 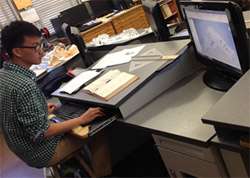 High school senior Joseph Lou is also pursuing architectural drafting. Joseph has demonstrated high success in his theoretical courses and has always had a fascination with experiential learning and hands-on curricula. He has found that practical courses have enabled him to make educational connections between subjects such as science, math, and the humanities. Joseph’s drive and commitment have shaped him into a skilled worker and a state champion for the Introductory Drafting B competition at the SkillsUSA California 51st Annual State Leadership and Skill Conference. Joseph’s dream is to exceed in the architecture world and to develop sustainable technology. “It has become apparent to me that enacting change begins with my own two hands,’ He says. “To assume my role as a part of the ‘future generation,’ I am compelled to master technical skills so that I am equipped to provide solutions to the problems my generation must face when I become a part of the workforce.” 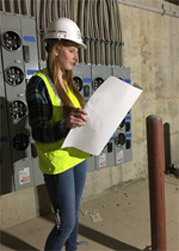 High school senior Madison Thum is a scholarship recipient pursuing a career in architecture/construction management. During her junior year, Madison participated in the SkillsUSA Technical Math competition,”my involvement in SkillsUSA has brought me a lot of opportunities I would not have gotten if I had not participated,” she says. Her impressive performance grabbed the attentions of engineers and led to her job at X-CEL Engineering. She is currently a part-time CADD Tech and is gaining real-life experience by working with professional engineers. Madison has also demonstrated exceptional skills in the classroom. Madison will be studying architectural engineering at the University of Cincinnati this fall, and she will continue to excel in the world of architecture/construction management. 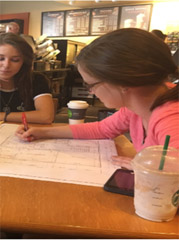 High school senior Megan Enouen is pursuing a career in architecture. Megan’s passion for architecture is so strong that when she engages in her craft she has the ability to tune out everything else, throwing herself into her work. The most fascinating aspect of architecture to Megan is the creativity and complexity involved in the art. This year, she and her team won the national first place championship at the 2018 NAHB / International Builder Show Student Design Competition. In addition to being an award-winning student, she also has great leadership skills, making her position as president of her school’s AZ SkillsUSA Student Chapter no surprise. Megan is motivated and eager to further her learning in architecture: “the world is in need of more architects to shape future generations, and to keep this magnificent craft alive. I truly believe that I can be that architect, if given the resources.” 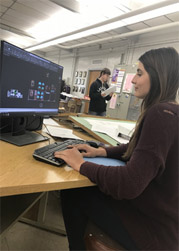 High school senior Natalie Walker has also received a Keep Craft Alive and SkillsUSA scholarship to pursue architectural drafting. Natalie always wanted to make a difference in the world but never had a concrete idea of how. In the last year she has decided, “architecture is the answer to how I’m going to make a difference while doing something that I enjoy every second of.” Although Natalie’s love for architecture is recent, in her short time in the architecture world, she has obtained many accomplishments. She competed in the Louisiana State SkillsUSA Championships as a state competitor, winning the gold medal in architectural drafting. Natalie plans to complete a 5-year degree in architecture at Tulane University in the fall. 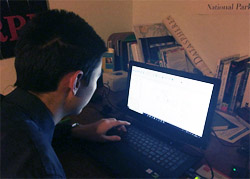 High school senior Sean Morey is one of the Keep Craft Alive and SkillsUSA scholarship recipients pursuing drafting. Sean is the treasurer and president of his high school’s chapter of SkillsUSA. Sean is also the recipient of a gold medal from the AZ SkillsUSA State Architectural Design Drafting Championships. He has competed in the 2017 SkillsUSA national AD Championships, and has earned a spot as a 2017 Rensselaer Medalist Program candidate from Dysart USD. His success has given him the opportunity to attend Rensselaer Polytechnic Institute in Troy, New York. “By enriching my knowledge with a college education I will be able to keep my craft alive in today’s society.” Sean plans to continue to challenge himself by expanding his knowledge and learning about green building, sustainability, and acoustical building.

Winners will be acknowledged at a special reception on Thursday, June 28, 2018, during the 54th Annual National Leadership and Skills Conference, at the Kentucky Exposition Center in Louisville, KY.

Scholarships were also awarded in: