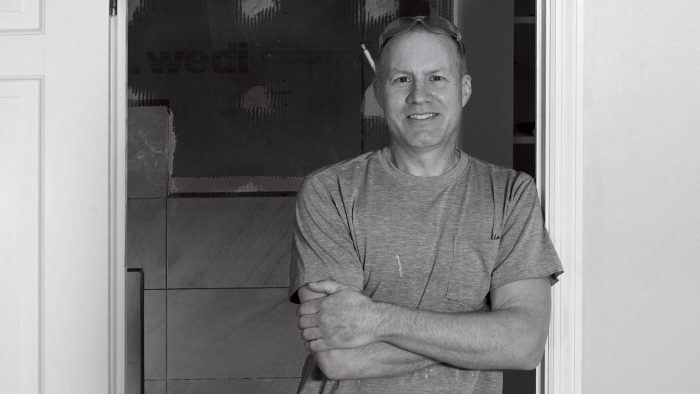 After years of being discouraged from the trades, this craftsman finally left the corporate world to pursue a career in building.

Brad Stoppenhagen has always loved to build. From a young age he was driven to construct things; to take them apart and put them together again. He has attributes that can be ascribed to so many carpenters and builders: an engineer’s inquisitiveness of the built world around him, and a desire to manifest his abilities into the creation of something of real value and of immense meaning to the people he works for. Brad was always meant to be a builder, but it wouldn’t be until later in life that he’d be doing the work he always loved in a professional capacity. Like so many other young adults who show an aptitude and interest in construction, Brad was told not to enter the trades—indirectly, by the cultural norms around him that associate success with a college degree and not a job site, and directly, by relatives who were builders themselves and discouraged him from the work.

“Twenty-plus years in the corporate environment made me realize there are no sure bets. There really isn’t the security that you think there is. I’d rather put my fate in the hands and be responsible for where I go.”

But after more than 20 years in corporate America, he finally took the leap. For the past four years, Brad has been self-employed, focusing his energy and talent on small to mid-size remodeling work in and around Cincinnati.

“I’ve never been happier with what I do,” says Brad, a statement he can make proudly as he finds himself at a fortunate crossroads with his business. He’s busier than ever and cherishes the lifestyle self-employment as a tradesperson can afford. “I can work when I want to work, taking on the projects I want to take on.”

That flexibility means the future is full of possibilities— to grow his business, or not. “Physically, I’m fine. I’m probably in the best shape I’ve been in since high school. But at my age, I know I have a limited time to do this work.”

When it comes to deciding what to do next, Brad is considering building a co-op of craftsmen who also see themselves as stewards of the homes they work in. This time, nobody’s standing in his way.