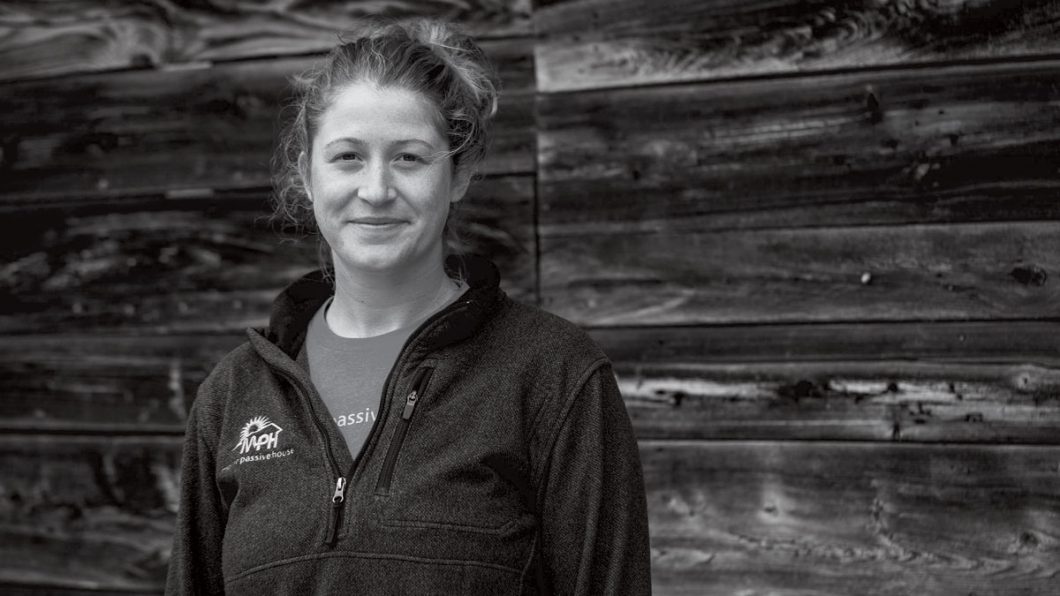 Anna Heath’s engagement in the building community belies her tenure in the construction industry. She’s young, but her experiences have been intensive.

Anna got her start as a carpenter just a few years ago working under Jesper Kruse at Maine Passive House, a firm whose philosophy is grounded in mastering traditional craftsmanship, having a thorough understanding of building science, and meticulously executing every phase of a project. It’s an environment primed for growth and learning, and Anna is a product of its process. She is now a lead carpenter and project manager for the company, as well as a Certified Passive House Consultant involved in the Northeast Sustainable Energy Association, Passive House Accelerator, and the local building-science community. She somehow also manages to spearhead building programs at the Center for Ecology Based Economy that are tailored to diminish the barriers to entry in the trades and create a more inclusive environment for those wanting to work with their hands.

Despite her enthusiastic embrace of the building scene, Anna wasn’t always intent on a career in construction. That may come as a surprise when you consider her family history­— they have been building in Maine for the last 100 years. “I never even considered it as an option,” she says now. “That probably reflects a bigger cultural thing that’s going on, because it didn’t even occur to me. I also grew up in a generation, I think, where everyone was pushed really hard to go to college after high school—really hard.” As is the case with many young people, Anna felt that college was the only real option on the table at the time.

In talking to Anna, you quickly realize her commitment to shifting the building landscape—not only in the performance, caliber, and quality of the homes that she helps construct, but in terms of who is building them and from what backgrounds they come.