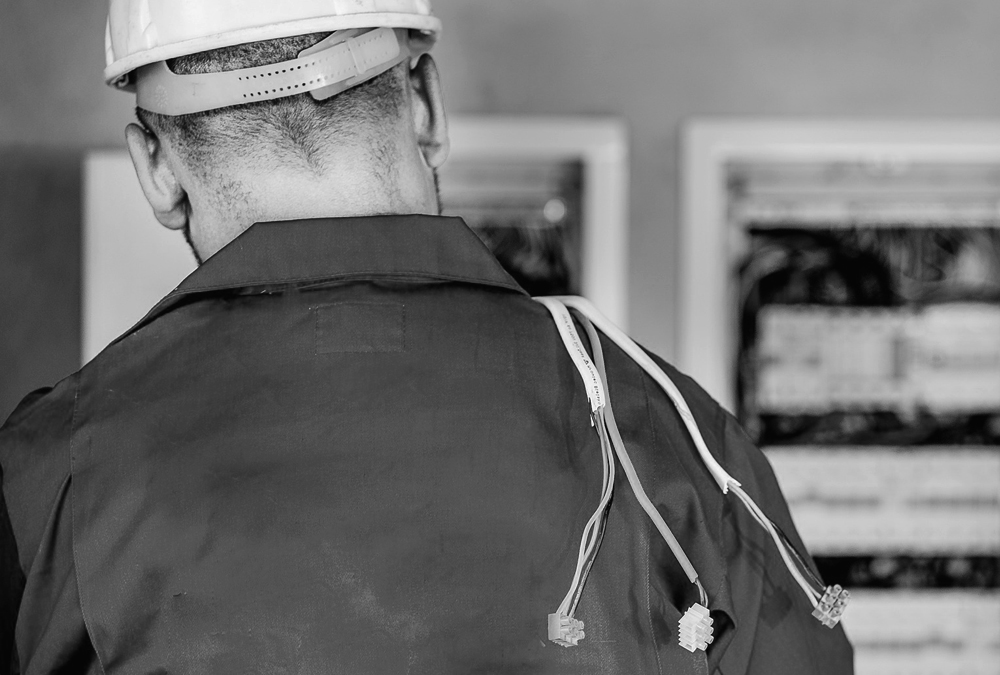 In partnership with SkillsUSA, Fine Homebuilding has raised $70,000 to fund scholarships for students in construction-related fields. Here are the recipients of the 2018-2019 Electrical Scholarships: 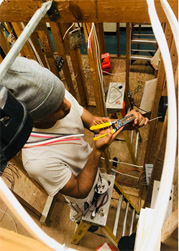 High school senior Aaron Porro-Harrell is one of the Keep Craft Alive and SkillsUSA scholarship recipients hoping to pursue a career in the electrical trades. Aaron comes from a family in which trades were taught and practiced. Aaron enjoys many things about his trade from being able to fix and know how things work, to learning know to use and get a feel for tools, to the instant gratification that comes with completing a project. In addition to acquiring many technical skills, Aaron has also learned a lot regarding regulations, professionalism, and entrepreneurship. He will be majoring in electrical engineering technology, a career that he truly loves and enjoys: “I do love what I do and I’m glad there is an organization that still appreciates and supports trades and keeping the craft alive,” he says. 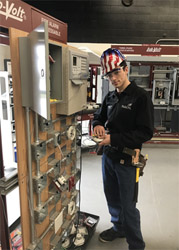 High school senior Andrew Vanderwal is also a scholarship recipient pursuing electrical construction. After taking two years of an electrical construction program, Andrew soon realized that this was his passion. Andrew has a large sense of pride in his work and is dedicated to ensuring that all his work is the best it can be. One of the most important aspects of the job to Andrew is craftsmanship, “Being able to do what I love and making a profit is a great feeling, and it wouldn’t be possible without craftsmanship,” he says. According to those who know him, Andrew has transformed from a reserved student into a strong, and well-rounded leader. He has been the shop foreman, a peer mentor, a New Jersey certified Emergency Medical Technician, a nationally recognized firefighter and is OSHA 10 certified. He plans to further his education by attending a local community college, and eventually pursuing work in an electrical construction trade. 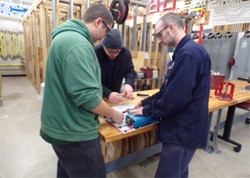 High school senior Anthony Koller is a scholarship recipient hoping to pursue a career in the electrical trades. Anthony was introduced to his passion for electrical trades in 8th grade when he was assigned a project wiring a simple series circuit using DC power, “When I got the light to go on is when I started an interest in electrical trades,” Anthony said. Since then, Anthony worked hard, persevered through challenging electrical work, and has advanced his knowledge in the electrical field immensely. Anthony has made the Honor Roll, been awarded Quarter Quality student, participated in the Regional SkillsUSA competition, and has been inducted into the National Technical Honor Society. 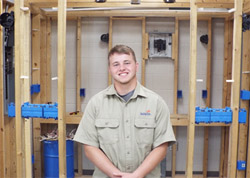 High school senior Chris Powell is a scholarship recipient pursuing a career in electrical and residential wiring. Chris is a dual enrollment student attending the Anderson County High School and Tennessee College of Applied Technology. When Chris was young, he always wanted a job that would challenge him. He and his grandfather would work on the farm and he would ask him questions about electricity; years later, that is the path he has chosen to pursue.”Since being enrolled in TCAT, I have gained abundant knowledge on the subject. I’m finally able to finally answer all the questions I had as a kid, and am able to answer my grandfather’s questions, instead of me asking him,” Chris says. Chris plans to follow in his ancestors footsteps by being self-sufficient and fixing things rather than replacing them as most do in today’s culture. 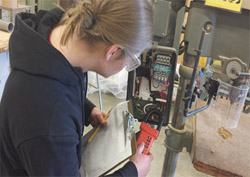 High school senior Joshua Fox is a scholarship recipient hoping to pursue a career as an electrician.  Joshua’s two biggest mentors: his father, a carpenter foreman, and Mr. Culpepper, his high school construction teacher: “Both of these people taught me all I know about craftsmanship and taking pride in the work I do.” For Joshua, being a craftsman is humbling and a privilege. Being able to put together structures that make the world a better place such as hospitals and homes, getting the chance to help the needy, and possessing the discipline to always do the best job possible, is what makes a craftsman’s work so special. Joshua has also been in many leadership positions thus far. He has been the president and secretary of the after school Metals Club. A member of SkillsUSA, the Summer High School C.T.E ( career technical education) ambassador, and has even given a public presentation to the mayor and city council at the summer city hall regarding his passion for craftsmanship. Joshua is eager to learn more as a person and a craftsman: “For lack of better words, I could say it’s rather humbling even to maybe be apart of such a solid group of skilled individuals. Let just say it’s a long way to the top if you want to rock and roll.”

Help support next year’s scholarships by purchasing your #KeepCraftAlive T-Shirt. All profits from T-shirt sales will go to the Fine Homebuilding and SkillsUSA’s scholarship Fund.