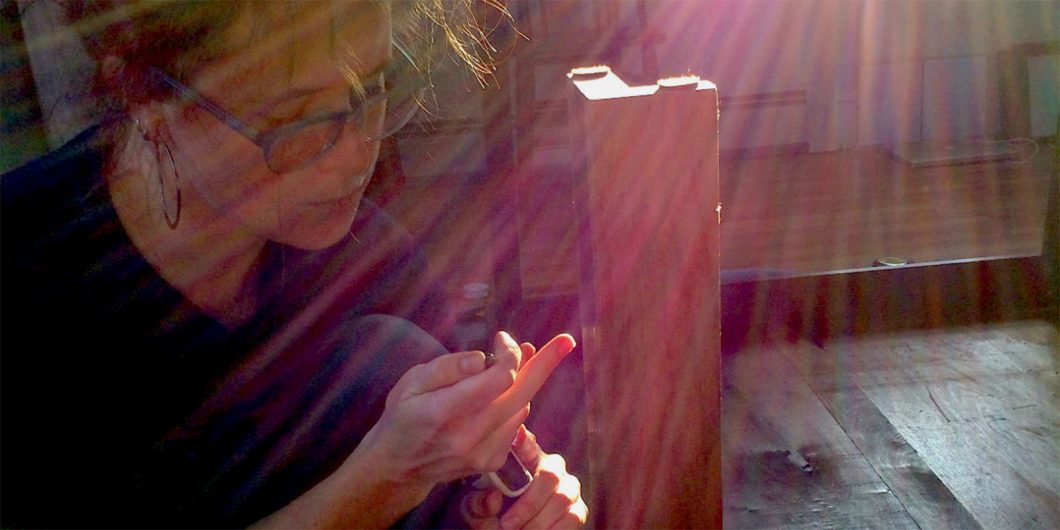 What was your earliest exposure to building, and did it capture your imagination from the outset or did your interest evolve — or had you never really given it any mind?

My mom knits and my dad carves decoys. So growing up, both my parents used their hands to make things. My dad had a workshop in the basement with all sorts of beautiful handtools and big saws, and I didn’t give a crap about it. He’d go down there with a block of wood and eventually emerge with a carved shorebird, a sanderling, a plover, various ducks. And though I didn’t realize it at the time, I think having two parents who made things sunk into me in some way, witnessing the satisfaction to be had by creating something tangible.

You concentrated in the Classics in college. Do you feel your education or your former career as a journalist has in any way informed an attention to your craft as a carpenter?
The writing work I do and the carpentry work I do complement each other in powerful ways. I’m not thinking about Ovid when I’m coping crown molding, but the act of writing requires patience, the ability to stay with something that is frustrating, infuriating, going badly, and fighting the impulse to throw the computer across the room, or abandon the whole project, and that comes in handy with the daily frustrations of building when inanimate objects don’t cooperate the way they should.

From an educational point of view, our country has abandoned the hands for the head. Seeing your transition from being behind the desk to making the desk, what are your thoughts about that? What is your sense of the implications that educational stand has for generations of men and women who may wish to make a living for themselves in a skilled trade?
There’s as much room for philosophers and web designers as there is for bricklayers and welders if the market can support it. I don’t regret my education for a second, and also understand that a typical four-year liberal arts college experience isn’t for everyone.

Are there mentors who passed on what they know to you and how do you continue to evolve and grow as a carpenter?
I’ve been hugely lucky to work with a woman named Mary, a contractor who’s been in the trades for over two decades, who took me on when I knew literally zero about carpentry and has taught me everything I know with extraordinary patience and calm. We’ve been working together for seven years now, and I continue to learn from her on a daily basis.

The above first appeared  in an April 2016 interview conducted by FineHomebuilding.com’s Aaron Fagan with author and carpenter Nina MacLaughlin. Her book is Hammer Head: The Making of a Carpenter (W.W. Norton, 2015). Carousel photo on home page by Jonah James Fontela. Photo on this page by Beowulf Sheehan.