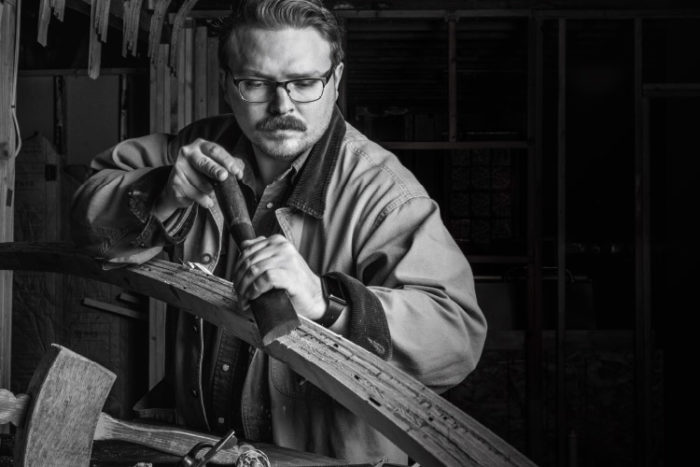 The son of a painter and a stained-glass artist, Jon Day describes his childhood as unconventional. “It’s like I grew up in the past,” he says of living in Windham Center, Connecticut, a colonial village listed on the National Register of Historic Places. “To me a normal house was post and beam and all that goes with it.”

In high school, Day studied painting and won a scholarship to the Pratt Institute. Less an academic and “more of a practical person,” he switched to sculpture, and, as he puts it, “learned how to build anything out of metal, plastics, wood, or plaster.”

He was working as an art fabricator in New York City when the financial crisis hit. “The art world collapsed,” he says, “and kind of messed up my game plan.” As Day pondered what was next, he got what he calls “my big break.” He was hired by Mystic Seaport to help restore the Charles W. Morgan, the world’s last wooden whaleship, originally launched in 1841. “I saw historic restoration as a way to reinvent myself as an artist, giving back in a way, a craftsman contributing to a legacy rather than an artist glorifying himself.”

After seeing the Morgan relaunched, Day started his own restoration company, DAY + AGE, in hopes of duplicating the experience he enjoyed at Mystic Seaport. Now he devotes his time to old houses rather than old ships, repairing porches, restoring windows, and refinishing floors, giving them “the respect they deserve.”

“In choosing which buildings will be there for future generations and which won’t, we’re translating philosophy and ethics and morality down into physical objects. We’re writing the story with our hands.”