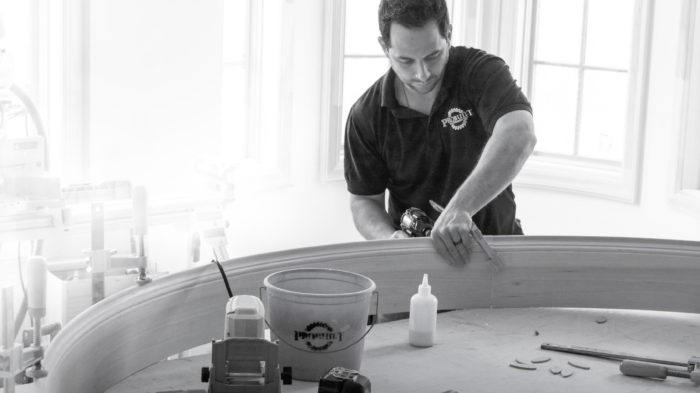 “I couldn’t care less about skill set. You hire good people. You hire for passion.”

“I knew I could get the work, as long as I could find the people,“ says Anthony Vitale about starting his own company, Probuilt Woodworking, seven years ago. “What I didn’t know was how difficult it was going to be to find the people.”

Vitale blames the construction industry. “What are we doing to train young people and show them that there’s a viable career path in the trades?”

His response was to set up an apprenticeship program with his local high school and to write clear job descriptions for apprentices, carpenters, and leads, with specific parameters for moving from one level to the next. “I don’t understand wasting anybody’s future, keeping them in a dead-end job. Let’s start building businesses where young people can thrive; where they want to come to work.”

When he screens job applicants, Vitale’s first question isn’t whether they know how to cope crown molding or lay out stair stringers. Instead, he asks, “Do you want to be part of something bigger than yourself?” His goal is to recreate the ethos of the family stair and millwork business he grew up in, where the owner was his dad and the foreman was his brother.

“I want young people who come into my company not just to have clear roles and clear expectations, but to be surrounded by others who genuinely care for them. Teaching the technical skills? That’s the easy part.”

To watch or hear a podcast interview with Anthony Vitale, click here.