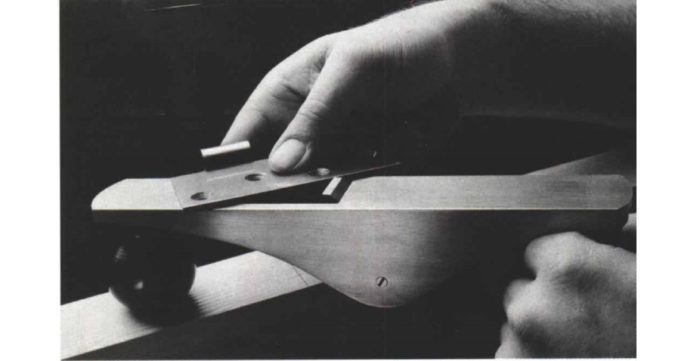 It wasn’t long ago that everything that we had, from our homes to our shoes, our tools to our toys, was made by someone who had mastered a craft. Those days are gone. And let’s be realistic: manufacturing, mass production, and now mass customization have improved the quality of our lives. But there will always be a place for handcrafts and lots of good reasons to keep them alive.

Crafts offer meaningful and rewarding work and hobbies to those who are interested. Craft offers unique, personal, and high-quality goods to people who value them. And craft enriches our culture by bringing the past into the present and creating a future where our heritage is not lost or forgotten. Craft is a reminder of how we got to where we are today.

Here are four recent news stories of men and women who understand the value of craft better than most. They come from a close as Tennessee and as far as the UK and Hawaii. They have passion and purpose in their work. And all of the stories share a similar thread—a labor of love.

From: The Nashville Scene

A Violin Maker and His Apprentice Keep a Storied Tradition Alive

Why, when there are so many books, plans, websites, videos, and classes available for would-be luthiers, do so many people—people with strong woodworking skills even—start but never finish building their first (and only) guitar, bass, mandolin, or violin? Needless to say, these are alluring projects, like building a wooden canoe or kayak. They’re mostly made with hand tools, sometimes very specific hand-made tools, special patterns, and cool jigs. In the end, instruments are elegant in their simplicity. Yet, so few of us get to the end.

This article features two unlikely violin makers and an even more unlikely teacher/apprentice relationship, that turns out to be as beautiful as the instruments (and the music) they are making.

Ray DeMeo was born in Chicago, but escaped to the wilds of Alaska for many years. He’s an outdoorsman, a timber-framer, and a one-time, long-haul truck driver who ended up making instruments in Tennessee.

Amanda N. Ewing is a former gymnast and dancer. She’s an outlier—a black woman apprenticing in a field dominated by white men. According to the article, her Facebook page, Luthiers of Color, has three members, including herself. But none of this is keeping her from her passion. Every Sunday she trains in the craft of violin making in DeMeo’s workshop.

According to the article, it takes about 250 hours and 56 tiny, precise parts to make a violin. And Demeo confirms, “So many try and fail…they just stop. Engineers, doctors — a lot of people. You have to have humility right off the bat.”  He says that no matter how much information is available in books and online, “…it’s essential to have a human on the other side of the bench from you….”

The Women Keeping the Art of Surfboard Making Alive

Who doesn’t love a workshop? Does it really matter if it is a wood shop, a metal shop, or an upholstery shop? There something about the tools, materials, works-in-progress, smell, and the organized mess that makes us feel called to, and at home, in a workshop. Unfortunately, shops of all types are under attack today from the modern processes of mass-production and mass-customization. This is particularly true in the word of surfing, where most people today are riding factory-made boards.

This article features four female board builders—Ashley Lloyd Thompson, Valerie Duprat, Cher Pendarvis, and Dewi Malopsy—who are all masters of the craft of shaping and glassing surfboards by hand. All pioneers as female board builders, today they’re part of a small club of people of any gender who are making surfboards by hand. Quoted in the article, Cher Pendarvis says, “It is pure joy to make boards by hand to be ridden on the waves.” The women’s shops, which are beautifully photographed for the article, are truly epic.

It’s great to see a well-maintained, or the rare new cedar or slate roof on a home in the US today. These are natural materials that require a mix of traditional and modern skills to install well. If we were in England, we’d include thatch roofs in this list of nostalgic, yet worthy materials. Yes, there are still many thatched roofs on country homes in the UK and though most of the material used for these roofs is imported, a small group of Brits are keeping the craft of cutting reed and sedge for thatched roofs alive.

This article features a small crew of men who have recently taken to this work in earnest. According to 49-year-old cutter Paul Eldridge, there may be a total of only 50 people doing this work in the UK. The reed is cut and bundled by hand and sold to thatchers for roofs. One bundle of reed will cover about 1 sq. ft. of roof, according to the article. Sedge is used for ridges.

The reed is cut on subsidized land. Otherwise, Mr. Eldridge says, it wouldn’t be financially viable work. “You’ve got to love this job otherwise you wouldn’t do it, there’s no two ways about it,” Mr Eldridge said.

From: The Daily Record

If you visit Scotland, try not to confuse field hockey, hurling, and shinty. To our American eye, they look similar. The three sports may share the same origin, and may be among the oldest organized sports played by humans. They are all team sports, played outdoors, on grass fields, and all include players using sticks to try to put a ball into their opponent’s goal. But the rules are different. And so are the sticks. In fact, only in Field hockey do the players use “sticks.” Hurling players use a “hurl.” And shinty players use a “caman.”

This article features a family that is keeping the craft of caman making, and the family business, alive. Kyles Camans is a 40-year-old business started by Neil Blair in Kames, Argyll, Scotland. Neil’s son John, and his grandson Christopher are working to keep the tradition and business thriving. The father and son team work as joiners and builders during the day and make camans on the side.

The curved sticks are laminated in forms and heated in an oven, according to the article, and there are a variety of shapes used for the different positions played on the shinty field. Though the craft of making camans is “endangered,” says John “…we’ve got no intention of stopping making them. It’s a labour of love.”