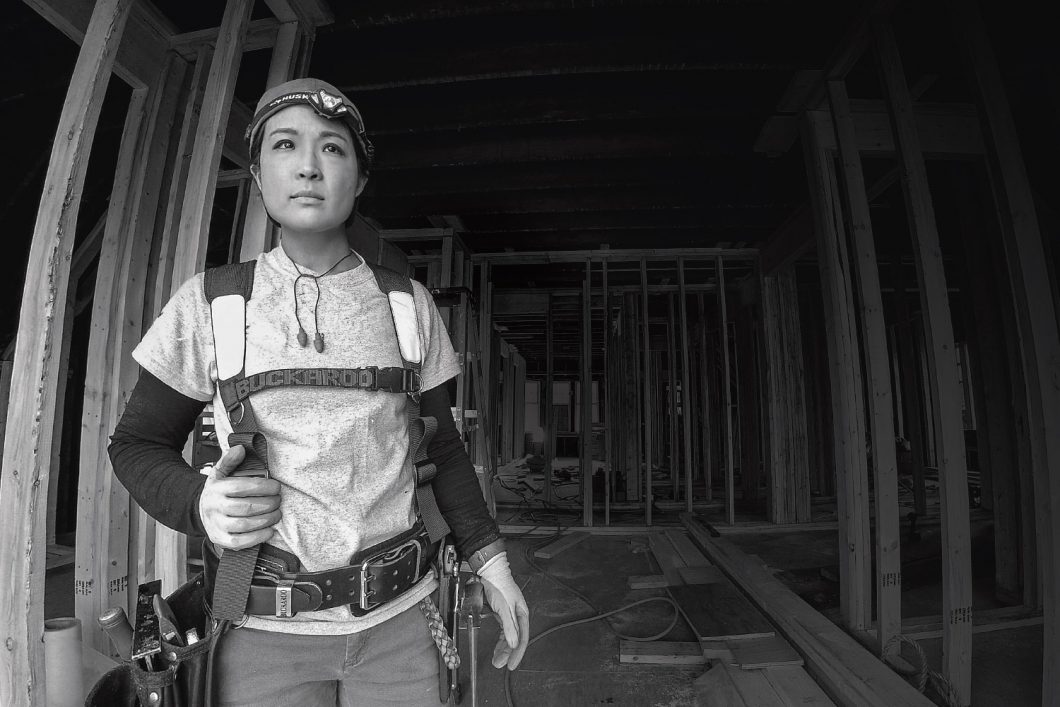 “I took a really big risk … in an industry where people don’t look like me.”

“I was warned about the bullies, the racism, the sexism, and the lack of diversity,” says Elly Hart, a third-year apprentice in the carpentry program at the British Columbia Institute of Technology. But her experience in the trades (which she chronicles on Instagram @ellytheapprentice) has been different. “I’m careful not to say I’ve found my calling. I just know that right now I’m really happy. I’ve never experienced this kind of job satisfaction, ever.”

Her apprenticeship requires 840 hours of in-school training and over 6000 hours of actual on-the-job experience. “Getting along with a crew,” Hart admits, “was my biggest anxiety, as important as being able to do the work. When I had a desk job, I didn’t have to be buddies with everyone in the office. It’s different in construction. We work as a team. We rely on each other to stay safe, to hold the ladder, to help carry heavy loads. We bounce ideas off each other, take meals together, pack up together, and leave together.”

She admits that men dominate the construction industry, and therefore the culture. She also admits to ignoring some behavior that in other circumstances would have enraged her. But for the most part, she says, people treat her “just like any other member of the crew.”

According to Hart, the reason that more women and men don’t consider a career in the trades is because “the construction industry has an image problem.” She thinks people see how hard and dirty the work is, but not how satisfying. “It’s incredibly rewarding,” Hart says, “not just to see what you’ve done at the end of the day, but to touch it and to know it serves a purpose for someone.”